That intervention can include various anti-VEGF agents which, research shows, can effectively reduce the progression to PDR for some patients.

The Retina study reviewed data from 40 patients with a mean age of 48 who had been diagnosed with PDR and had a best-corrected visual acuity of 20/400 or worse. The investigators based their findings on a review of retinal leakage as portrayed in ultra-wide field fluorescein angiography (UWFA) imaging.

The results further confirm the efficacy of aflibercept to reduce leakage due to PDR and demonstrate that monthly dosing of aflibercept leads to faster improvement than quarterly dosing in PDR patients- a finding that may help guide future treatment decisions.

Subjects who had undergone prior anti-VEGF treatment, vitreoretinal surgery, panretinal photocoagulation, or had significantly relevant diabetic macular edema, or who had a retinal thickness greater than 320 mm were excluded from the study. The investigators noted the relatively small number of subjects in the study, errors that occur with image grading, differing image qualities and image-centering errors as limitations. 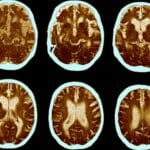