Patchy hyperautofluorescence on shortwave fundus autofluorescence (SW-FAF) at baseline is a risk factor for punctate inner choroidopathy recurrence, according to a study published in Photodiagnosis and Photodynamic Therapy. Researchers believe the finding could help determine which cases are best suited for close follow-up even after inflammation reduction.

In addition, investigators found a significant difference between the group with recurrence and the group without in best corrected visual acuity (BCVA) at the final visit (the mean follow-up period was 23.66 ± 12.65 months, range, 12 months to 50 months).

In addition, the research explains, “patchy hyperautofluorescence indicates the patients may have recurrence of [punctate inner choroidopathy] and close follow-up is needed for those patients.”

The study’s limitations included its retrospective design and small sample size with strict criteria (due, in part, to the relatively rare nature of the disease). They recommended further study, including with prospective studies that have larger sample sizes. 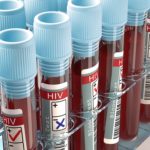