Epiretinal membranes (ERMs) are associated with a variety of factors, including vitreous adhesion at baseline, choroidal thinning, ERM in the contralateral eye, and smoking after age 85, according to findings published in Retina.

Researchers evaluated data from the ALIENOR study (NCT01770301), which assessed the associations of age-related eye diseases with lifestyle, nutritional, and vascular risk factors, to determine the incidence, progression rate, and risk factors for ERMs. The results show that the incidence rate of ERMs was 9.42 per 100 eye-years, and that their occurrence has a significant association with vitreomacular or vitreopapillary adhesion at baseline (P =.02).

The study included 735 eyes of 413 participants  between 2009 and 2010. Participants had 1 followup visit every 2 years (3 total) between 2011 and 2017. The researchers explain that ERMs were graded from spectral-domain optical coherence tomography (SD-OCT) images, which likely contributed to the higher incidence recorded in this population compared with previously-reported ERM data.

The study notes that, while ERM incidence in the present study was higher after 80 years of age, previous findings showed a peak in those between 60 and 79 years of age.

“These differences with our findings may be explained either by the genetic background of participants and/or by the different imaging mode used for ERM diagnosis because with age, lens opacities may impair ERM detection far more on fundus images than on OCT B-scans,” the researchers explain.

The study also explains that smoking was not identified as an association with ERMs in previous incidence studies, just cross-sectional studies. However, in the present study, smoking was only a risk factor after the age of 85, indicating that its combination with increasing age is a more accurate association.

The researchers note that sample size may have been a limitation due to the possibility that some associations could not be detected; in particular, history of cataract surgery and age-related macular degeneration may have been affected. 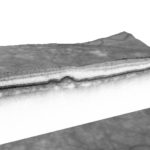