Subthreshold micropulse laser treatment (SML), standard-fluence photodynamic therapy (PDT), and low-fluence PDT are all safe and effective for the treatment of chronic central serous chorioretinopathy (CSCR), according to research results published in the Journal Français d’Ophtalmologie.

Currently, there is no consensus on which treatment is ideal for CSCR. Researchers conducted a 2-center, retrospective study to compare the efficacy and safety of these 3 treatment options.

No systemic adverse events were noted during either verteporfin infusion or follow-up, and no patients experienced retinal collateral damage or choroidal neovascularization. One and 3 eyes in the standard- and low-fluence groups, respectively, required retreatment with PDT, following the same protocol as the first treatment, but no patients required a third session. The mean number of SML treatments was 2.48±1.08, with 82.6% of eyes requiring more than 1 treatment session.

At the final follow-up visit, complete subretinal fluid resolution was achieved in 71.2% of eyes overall: 60.9% in the SML group, 76.9% in the standard-fluence PDT group, and 81.3% in the low-fluence PDT group, with no statistically significant between-group differences.

At the end of month 1, researchers evaluated complete subretinal fluid resolution rates for each group. Subretinal fluid resolution ratios at the end of month 1 were significantly lower in the SML group, while the most rapid treatment response was in the standard-fluence PDT group. Remission time in the SML group was also significantly longer.

Best-corrected visual acuity (BCVA) improved significantly in all groups at the last visit, but improvements were not statistically significant in the SML group at months 1, 3, or 6 compared with baseline BCVA.

“SML, standard-fluence PDT, and [low]-fluence PDT can all improve visual acuity, and eliminate subretinal fluid in eyes with chronic CSCR,” according to researchers. “In places where verteporfin or PDT devices are not available, SML is a viable alternative for patients with chronic CSCR.” 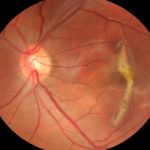