Researchers in Taiwan seeking to evaluate the neurodevelopmental outcomes in infants with retinopathy of prematurity (ROP) after they received intravitreal bevacizumab (IVB) found that the risk of severe neurodevelopmental impairment (sNDI) did not increase in patients treated with IVB.

ROP is a leading cause of blindness in children worldwide. Laser photocoagulation has been the most common treatment for high-risk ROP. However, the recent Bevacizumab Eliminates the Angiogenic Threat of ROP trial concluded that IVB, an anti-vascular endothelial growth factor (anti-VEGF) agent, produced better outcomes in type 1 ROP patients compared with laser treatment, according to researchers. Still, this treatment isn’t without its drawbacks, including uncertainty regarding the long-term, systemic side effects of its use in preterm babies.

To examine the effect IVB therapy on this population, researchers conducted a meta-analysis of relevant published research. To be included in the analysis, comparative studies of ROP patients had to include IVB as a treatment option, had to include a control group that did not receive bevacizumab, and had to report on at least 1 neurodevelopmental outcome, such as sNDI, Bayley-III composition scores, or cerebral palsy (CP). The primary outcome was sNDI, with the odds ratio (OR) calculated. Secondary outcomes were mean differences (MDs) for cognitive, language, and motor scores (Bayley-III) and OR for cerebral palsy. The quality of evidence was assessed using the GRADE approach.

The findings, which were published in Ophthalmology, suggest that IVB treatment did not significantly increase sNDI or CP risk and that cognitive function and language performance at approximately 2 years of corrected age were similar between infants who had undergone IVB treatment and their corresponding 300 controls. A slightly more favorable motor score was noted in the control group compared with the IVB group. However, the clinical significance of this difference (3.7) is unclear, according to researchers.

Researchers identified several limitations with their study, including selection bias in the studies included in the analysis. In fact, only 1 study featured randomly assigned treatments. Second, the analysis included only a small number of studies. Third, the team’s GRADE analysis of the evidence suggests that it’s low quality. Additionally, the definitions of sNDI differed slightly among the analyzed studies, and 4 of the studies didn’t report the dosage of bevacizumab that was administered. Lastly, other anti-VEGF drugs, including ranibizumab and aflibercept, also are viable treatments for type 1 ROP.

The investigators recommend further research to clarify the impact of anti-VEGF therapy on the brain development of preterm infants. 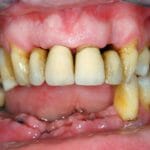