For cases of primary rhegmatogenous retinal detachment (RRD) that are short in duration, have predominantly superior breaks — with 3 or fewer quadrants involved — and proliferative vitreoretinopathy (PVR) grading B or below, modern small-gauge vitrectomy with air tamponade can be effective, according to researchers. An investigation, published in Retina, demonstrated the surgical outcomes of 25-gauge pars plana vitrectomy (PPV) using air as an internal tamponade for patients with RRD.

The researchers say that 25-gauge, minimally invasive PPV using air as an internal tamponade is capable of achieving high rates of successful retinal reattachment for primary RRD without severe PVR. In this study, the investigators say, “[T]he primary and ﬁnal rates of retinal reattachment were 94.9% and 98.3%, respectively, with corresponding improvement in vision that began as early as the ﬁrst week after surgery.”

Researchers used data from patients who all saw the same surgeon. They described the procedure in detail, starting with irrigation of the conjunctival sac with 0.5% povidone iodine for 1 minute, followed by 0.9% saline solution. Then, a standard 25-gauge, 3-port PPV was performed.

After removing the core and peripheral vitreous, posterior vitreous detachment was induced if necessary, and any residual posterior vitreous cortex that adhered to the retina was removed using triamcinolone acetonide. All cases required the peripheral vitreous base be shaved using a vitrectomy probe under scleral depression. After a complete release of traction on retinal tears, the surgeon flattened the retina by either injection of perﬂuorocarbon liquid or ﬂuid–air exchange, and the subretinal ﬂuid was drained out through the primary breaks.

Retinal breaks were treated using endolaser photocoagulation. The surgeon then applied 3 to 4 rows of 360° prophylactic laser photocoagulation under scleral depression. After ﬂuid–air exchange, air was left in the vitreous cavity as an internal tamponade, the researchers explained. Sclerotomies were carefully closed at the end of surgery to avoid air leakage, and the incision was sutured.

The primary and ﬁnal anatomical success rates were 94.9% (56/59) and 98.3% (58/59), respectively. Of the 3 eyes that developed re-detachment of the retina, 1 had postoperative progression of PVR and 2 were RRD associated with a macular hole in high myopia.

In 5 eyes (8.5%), a compilation of serous choroidal detachment developed within 3 days. Clinicians found another 4 (6.8%) with macular epiretinal membrane formation 1 to 8 months after surgery. Secondary cataract surgery was subsequently performed in 13 of the 53 phakic eyes (24.5%).

Prior research excluded RRD with giant retinal tear due to the perception that they would require long-acting gas or silicone oil tamponade, the researchers explained. However, in this research, 3 cases with giant retinal tears all achieved retinal reattachment by a single operation. This suggests that air tamponade is an acceptable option in some cases of RRD, say the investigators. 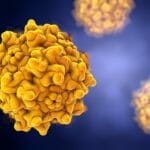