HealthDay News — The risk for term newborn morbidity is higher for Black and Hispanic infants compared with White infants, according to a study published online Aug. 24 in Pediatrics.

Kimberly B. Glazer, Ph.D., M.P.H., from the Icahn School of Medicine at Mount Sinai in New York City, and colleagues used 2010 to 2014 birth certificate and discharge abstract data from 40 New York City hospitals for 483,834 low-risk neonates. Morbidity was classified according to The Joint Commission unexpected newborn complications metric; morbidity risk was compared among racial and ethnic groups.

The researchers found that the rate of unexpected complications was 48.0 per 1,000 births. Morbidity risk was higher for Black and Hispanic infants versus White infants after adjustment for patient characteristics (odds ratios, 1.5 and 1.2, respectively). Risk-standardized complications varied from 25.3 to 162.8 per 1,000 births among the 40 hospitals. One-third of Black and Hispanic women and 10 percent of White and Asian American women gave birth in hospitals ranking in the highest-morbidity tertile.

“Our findings implicate hospital quality as a contributing factor to racial and ethnic inequalities in unexpected newborn complications,” the authors write. “Term births constitute the vast majority of deliveries, and minimizing potentially preventable complications at term would have a substantial population-level impact.” 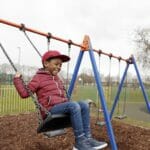