What are the structural differences between dominant and nondominant eyes? So far, more research has been directed toward asymmetry in total visible blood vessels and macular thickness — sometimes measured with time-domain optical coherence tomography (TD-OCT), but fewer examinations have assessed thickness of the ganglion cell layer, segments of macular retinal nerve fiber layer (mRNFL), and circumpapillary RNFL (cpRNFL) using spectral domain OCT (SD-OCT), according to a study published in the Canadian Journal of Ophthalmology.

The cross-sectional investigation looked at retinal differences in 89 healthy children (ages 5 to 16 years) attending general pediatric clinics of a tertiary hospital in Spain from August 2017 to January 2018. The participants displayed orthophoria, logMAR corrected visual acuity <0.1 in each eye, astigmatism <2.5 D, anisometropia ≤1.5 D, and stereoacuity <60 seconds of arc (arcsec). The dominant eye was determined with a combination of hole-in-the-card test and convergence near point test.

A technician blinded to subject data performed a scan of the macula in 9 subfields and a circle scan of the peripapillary RNFL with SD-OCT. The investigators found no consistent differences in segmented RNFL thickness between dominant and nondominant eyes. “Dominant eyes demonstrated no significantly thicker average mRNFL, GCL thickness, or cpRNFL thickness,” the study explains. A meaningful variation initially emerged in the central 1 mm of the GCL — thinner in dominant eyes (P =.02), but after a statistical Bonferroni correction, it did not maintain a significant level of association.

Affirming previous studies, dominance occurred in the right eye more often, 67.4%, compared with the left eye, 32.6% (P <.001). There were no significant differences found in average axial length (P =.51), or mean spherical equivalent refraction between dominant and nondominant eyes (P =.41). The present investigation reinforces prior research in population samples with low anisometropia that show dominant eyes do not exhibit any greater myopia than nondominant eyes, but some studies have shown greater myopia in dominant eyes of subjects with “higher anisometropia.”

This study diverges from prior research that suggested “cpRNFL and macular GCIPL distribution differed” in dominant and non-dominant eyes. The earlier research reported data, such as more mGCIPL may occur in the nasal sector of dominant eyes, according to the investigators. However, the past sample included mostly myopic participants, and used another SD-OCT instrument. Previous research also shows myopic individuals with anisometropia have a greater chance for an eye to have higher myopia based on strength of anisometropia, laterality, and ocular dominance.

The current population sample was Hispanic, limiting generalizability of results. Also, the best method to assess ocular dominance is still under debate, and results can be affected by the technique employed. Research with adults is suggested, although the current analysis includes children older than 5 years of age, which typically display solid ocular dominance and fewer conditions that could affect the structures measured.

The study concludes that “our findings justify the use of randomized ocular data regardless of ocular dominance when using OCT segmented layers in children.” 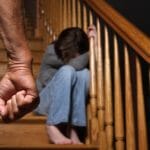