Adoption rates of SMILE in the United States have been dampened by reports that its POD1 visual acuity are lower than that of LASIK, and conflicting reports on whether SMILE or LASIK induces more higher-order aberrations (HOAs) have been published. Following the FDA’s approval of new indications for SMILE and new parameters for laser settings that allow LE deposition to the cornea (LE SMILE), the researchers sought to address surgeons’ apprehension by comparing the early visual acuity results of LE SMILE with the previous settings (HE SMILE) and with FS-LASIK.

They reviewed medical records of patients who had SMILE (LE or HE) or FS-LASIK for surgical correction of myopia or myopic astigmatism performed by 1 surgeon. Patients with other ocular diseases, abnormal topography, or preoperative corrected distance visual acuities were excluded from the study.

“It is important to note that SMILE is a very different procedure from LASIK and uses much lower FS energy settings to create the lenticule than what is used to create the LASIK flap,” the researchers report. “Accordingly, it is imperative that the energy settings be carefully optimized.”

Limitations of the study include the reporting of outcomes out to 1 month postoperatively.

Disclosure: One author declared affiliations with the biotech or pharmaceutical industry. Please see the original reference for a full list of authors’ disclosures. 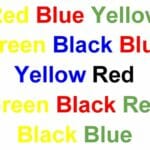