The RESCUE clinical trial (NCT02652767), which looked at intravitreal gene therapy in patients with Leber hereditary optic neuropathy (LHON), found that some patients had visual outcomes that were comparable in both the injected and uninjected eyes. Individuals with the m.11778G>A mutation who were treated with a single intravitreal injection of rAAV2/2-ND4 within 6 months of vision loss demonstrated these outcomes, according to a study in Ophthalmology.

“The RESCUE study did not meet its primary endpoint of a -0.3 logMAR (15-letter) difference between treated and untreated eyes at week 48 in LHON subjects with recent visual loss treated with a unilateral intravitreal injection of rAAV2/2-ND4,” investigators report.

However, it did “demonstrate bilateral improvement of visual acuity from nadir to week 96, consistent with results from the REVERSE study (NCT00271154) and 2 other independent groups, but not aligned with the reported natural history of visual outcomes in LHON patients.”

The trial’s efficacy analysis had 38 subjects (mean age: 36.8 years, and 82% were male) with the m.11778G>A mitochondrial DNA mutation and vision loss within 6 months from onset in 1 or both eyes. The mean duration of vision loss at treatment was 3.6 months and 3.9 months in the rAAV2/2-ND4 treated eyes and sham-treated eyes, respectively.

In the study, every patient’s right eye was randomly assigned to treatment with a single injection of rAAV2/2-ND4 or a sham injection, with the left eye having whichever treatment not given to the right eye. Primary end point measurement was considered the difference of the change from baseline in best corrected visual acuity (BCVA) between rAAV2/2-ND4 treated and sham-treated eyes at week 48. Follow-up went to 96 weeks. Contrast sensitivity, Humphrey visual field perimetry, retinal anatomic measures, and quality of life were also measured.

“The mean BCVA for both groups deteriorated over the initial weeks, reaching the worst levels at week 24, followed by a plateau phase until week 48, and then an improvement of +10 and +9 Early Treatment Diabetic Retinopathy Study letters equivalent from the plateau level in the rAAV2/2-ND4 treated and sham-treated eyes, respectively,” the report shows.

The study was limited in its lack of a true placebo arm, which could show with more certainty if the vision improvement was due in part of the natural history of the disease.

“These findings have major implications for the design of future neuro ophthalmologic gene therapy clinical trials, in which the appropriate choice of outcome measures and controls will be crucial,” according to the study. 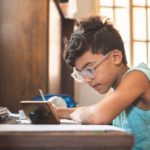