When conducting audiovisual Stroop-like tasks, cognitive control is modality-specific and associated with significant congruency effects. This is according to research results published in Brain and Cognition.

Overall, significant CA effects on P3 amplitude and spectral power in the modality-repetition condition were found, indicating that the mechanism of cognitive control may be modality specific during Stroop-like conflict processing.

Study limitations include overlap in some stimulus features for some trials, the potential for confounding factors, and potential modality-specific asymmetries in congruency effects caused by domination of auditory processing by visual processing.

“The current study contributes to elucidating the mechanisms of cognitive control in a Stroop-like task by revealing modality-specific neural indices, including the CA effect on P3 amplitudes and spectral power, as well as the correlation between [reaction times] and P3 amplitudes,” the research shows. 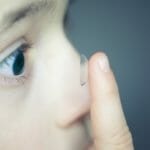