Researchers conducted a self-controlled case series (SCCS) and a propensity score (PS) matched cohort study in order to determine the near-term risk of stroke following a retinal artery occlusion (RAO). For the SCCS, researchers compared incidence of stroke in 30- and 7-day periods pre- and post-index date, which was recorded as the date of RAO diagnosis. Matched cohorts were subsequently created from patients with a RAO or hip fracture in PS analysis, and hazard for stroke was assessed using Cox proportional hazard regression (HR).

Ophthalmologists traditionally seek outpatient, rather than emergent, work-up for acute retinal artery occlusion patients, the report explains. But these findings “further emphasize the importance of following the recent American Academy of Ophthalmology guidelines recommending emergent referral for a stroke evaluation” of patients with any RAO.

In the PS study, 18,213 propensity-matched patients were analyzed with RAO vs hip fracture. In all analyses, including all RAO HR, CRAO HR, and BRAO HR, there was an elevated risk for having a stroke after RAO compared with a hip fracture (P >.001).

An unexpected finding of the study was the high number of first strokes occurring in the periods immediately preceding the date of RAO diagnosis in the SCCS model. They explain that there is an equal chance that a patient will experience stroke or RAO during a certain risk period for embolic phenomena, and that a possible explanation is that, since patients with a history of recent stroke may have addressed further stroke mitigation, they may be the exception to referral guidelines after RAO diagnosis.

“Another possible explanation is a methodological one,” the study explains. “In SCCS studies when an outcome (stroke) and exposure (RAO) are associated, it is not uncommon for a high number of outcomes to occur immediately prior to the exposure which is why this period is typically not recommended for the preceding period to form the primary analysis.” 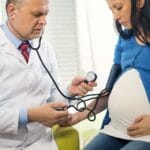