Americans with glaucoma are more likely to neglect prescribed medications due to cost than patients without glaucoma, according to a new study in Ophthalmology Glaucoma.

Researchers studied participants in the 2016-2017 National Health Interview Survey (NHIS) to determine the rate of adults with glaucoma in the United States who didn’t take their medication because of the cost, and to discover if those with glaucoma are more noncompliant for this reason  than those without.

The study found that 8.2% of the surveyed subjects with a glaucoma diagnosis said they frequently couldn’t afford their prescribed medication. Only 6.4% of subjects without glaucoma  made that same claim. The researchers pointed out that this is a statistically significant difference, even when accounting for confounding factors..

The study examined responses from 40,380 subjects who participated in the NHIS: an annual, cross-sectional survey of a nationally representative sample of adults in the United States. Only data from those older than 40 were included, to focus on the age range of participants who have the greatest risk of developing glaucoma. Of those surveyed, 1930 stated that they had the condition; 38,450 did not.

Researchers analyzed responses to multiple questions that dealt with medication cost-related issues, including: whether patients could afford prescribed medication; whether they skipped doses, took less medication, or delayed filling a prescription to save money; and whether they asked their doctors for cheaper medication.

Of participants surveyed who had glaucoma, 22.6% had asked their doctors for lower-cost medication and between 9.1% and 12.7% said they had skipped a dose, taken less medication or delayed filling a prescription to save money. Also, 7% said they had used alternative therapies to reduce costs, which suggested they might not always have taken their prescribed medication, the study suggested.

While previous research suggests that costs play an important role in whether patients continue to take their prescribed medication, this survey was the first to look at how medication expenses might affect glaucoma patients on a national level.

Researchers believe physicians who prescribe glaucoma medications patients should take the study’s findings into account and consider the impact of cost on their patients ability to adhere to medication. 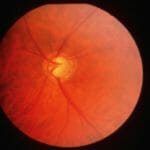