Any spike in intraocular pressure (IOP) in the 2 weeks after cataract surgery will raise concerns for the patient’s ophthalmologist, enough so to perhaps cease corticosteroid drops and instead prescribe an IOP-lowering medication. For this reason, researchers at the University of Washington evaluated potential risk factors for a steroid response in patients with and without glaucoma who underwent phacoemulsification.

The investigation looked into the cases of 663 patients. Factors such as axial length and number of preoperative medications for glaucomatous eyes, or axial length and age for nonglaucomatous eyes impacted risk for steroid response during the post-surgical period. “In our study, the cumulative dose of prednisolone acetate 1% was similar between steroid responders and nonresponders (P >.168), indicating patient-specific factors such as genetic susceptibility may be important in development of steroid response,” according to investigators.

The researchers defined steroid response as an IOP increase of 50% or more above baseline at the second week or later after surgery. Participants with glaucoma had a 3.72 times greater chance of developing a steroid response than those without glaucoma (P =.001), although overall spikes in IOP following phacoemulsification were “relatively low” with topical prednisolone, the study authors wrote. Notably, axial length (AL) of 26 mm or greater raised the risk for both subjects with glaucoma (P <.024), and those without (P <.001).

The retrospective review included 191 eyes of 191 patients with glaucoma, and 472 eyes of 472 patients without glaucoma, undergoing standard, uneventful cataract surgery from March 2007–September 2016. In the glaucoma group, mean age was approximately 71.8 years, with baseline IOP of approximately 16.3 mm Hg. Mean age of the non-glaucoma group was approximately 68.4 years, with an average baseline IOP of approximately 15.3 mm Hg. Generally, men exhibited longer mean AL. Limitations of the study included its retrospective nature, as well as a cohort that was about 70% White, affecting generalizability to other populations.

Previous studies have demonstrated that courses of topical corticosteroids can increase IOP, but the current investigation explored steroid response risk factors for both subjects with and without glaucoma who took prednisolone specifically. “We postulate that a thinner and potentially less cellular trabecular meshwork in high myopia has a more limited ability to maintain normal function with exposure to glucocorticoids, leading to relatively rapid IOP elevation,” the researchers added. 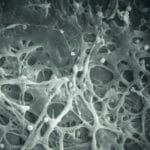