HealthDay News — Suicide attempts among U.S. adults increased from 2008 to 2019, according to a study published online Jan. 19 in JAMA Psychiatry.

Tanner J. Bommersbach, M.D., from the Yale University School of Medicine in New Haven, Connecticut, and colleagues estimated annual rates of suicide attempts and use of mental health services among 484,732 U.S. adults participating in the National Survey of Drug Use and Health (2008 to 2019).

The researchers found that during the study period, the weighted unadjusted suicide attempt rate per 100,000 population increased from 481.2 to 563.9 (odds ratio [OR], 1.17), which remained significant after controlling for sociodemographic characteristics (adjusted OR [aOR], 1.23). The largest rates of increase for suicide attempts were seen among young adults aged 18 to 25 years (aOR, 1.81), women (aOR, 1.33), those who were unemployed (aOR, 2.22) or never married (aOR, 1.60), and individuals who used substances (aOR, 1.44). Other subgroups with a significantly increased risk for suicide attempts included those with serious psychological distress (aOR, 7.51), major depressive episodes (aOR, 2.90), and alcohol use disorder (aOR, 1.81), as well as those who identified as Black (aOR, 1.41) or American Indian or Alaska Native, Asian, or Native Hawaiian or Other Pacific Islander (aOR, 1.56). Between 34.8 and 45.5 percent of respondents reported needing services but not receiving them.

“Although suicide attempts appear to be increasing, use of services among those who attempted suicide has not increased, suggesting a need to expand service accessibility and/or acceptability, as well as population-wide prevention efforts,” the authors write. 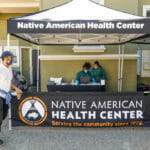