Both prompt globe closure and treatment with subconjunctival antibiotics may reduce the risk of endophthalmitis development in patients with open globe injuries, according to a study published in Clinical Ophthalmology.

Researchers conducted a retrospective review of all surgically managed cases of open globe injury treated at the University of Michigan between January 2000 and July 2017 to evaluate both risk and protective factors for endophthalmitis development in this patient population.

A majority of the eyes presenting with open globe injury had no previous history of ocular surgery. Within the cohort, data on time from injury to presentation was available for 99.5% of cases; 13.2% of patients presented more than 24 hours after their initial injury.

An intraocular foreign body (IOFB) was noted in 14.8% of patients, 30 and 48 of which were located in the anterior and posterior chambers, respectively. Of the IOFBs removed after primary globe closure, median time to removal was 2 days after injury.

The most frequently used antibiotic combination was vancomycin and ceftazidime (72% of cases). Final visual acuity was generally poor, with a mean logMAR visual acuity of 1.9±1.3. Five eyes required enucleation.

Results indicated that time to globe repair (odds ratio [OR], 4.5), zone I injury (OR, 3.6), and the need for additional surgery (OR, 5.5) were risk factors for endophthalmitis development. Subconjunctival antibiotics (OR, 0.3) were associated with a decreased endophthalmitis risk, and were used in 74.9% of cases.

The presence of an intraocular foreign body was not a statistically significant risk factor for endophthalmitis development.

Study limitations include potentially higher rates of endophthalmitis due to the center being a tertiary referral center.

“We believe that a standardized protocol that utilizes a one-time dose of IV fluoroquinolone antibiotics, globe closure within 24 hours whenever possible, and prophylactic intravitreal antibiotics in cases involving delayed IOFB removal provides effective prophylaxis against endophthalmitis in [open globe injuries].” 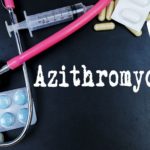