The area of the pupils of a patient with heart failure (HF) can indicate the prognosis of all-cause mortality and readmission for HF, a retrospective study published in ESC Heart Failure shows.

Researchers analyzed data from the medical records of 870 consecutive adult patients who were admitted to Kitasato University Hospital from January 2012 through December 2017 with acute HF. The patients selected had no history of ocular operations or diseases that would impact pupil function. The data collected included the pupil area of both eyes, measured at least a week after hospitalization for HF.

“These results suggested that pupil area, which can be determined rapidly, easily, and noninvasively, can be used for risk stratification in HF patients,” the researchers wrote. “In addition, previous studies confirmed the accuracy of pupil area measurement, and the examination conditions used in our study were identical for all patients, thus adding to the reliability of the results presented here.”

The researchers noted that limitations of the study included its limited follow-up and study population as well as the extrapolation that was necessary to account for missing data on confounders. Pupil area cannot be used to make a prognosis for a patient with ophthalmological diseases because of the impact they have on pupil mobility. The researchers also could not compare the accuracy of prognosis of pupil area and other autonomic indices in the study. 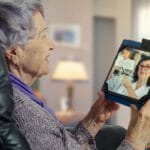