Hispanic/Latino, American Indian, and Asian individuals are likely to develop chalazion at a higher rate than other racial/ethnic groups, according to findings published in the Canadian Journal of Ophthalmology.

Researchers conducted a retrospective study to investigate race as a risk factor for chalazion and chalazion surgery with the goal of providing better-informed decision making regarding eyelid hygiene, early topical medical therapy, and aggressiveness with oral antibiotic therapy for coexisting conditions such as blepharitis.

The researchers note that, though non-white and non-Hispanic/Latino participants developed chalazion at a higher rate than their white and Hispanic/Latino counterparts in this study, race and ethnicity did not show significant differences in the rates of multiple chalazion formation on multiple occasions.

The study’s most significant limitation, the researchers explain, is its generalizability to other populations.

“This study assumes that no particular race was more likely than any other to present to the ophthalmology and optometry clinics with the diagnosis of a chalazion, as opposed to being managed either at home or by a primary care physician,” the researchers note. “However, it is possible this was not the case.”

Other limitations include factors related to its retrospective nature. 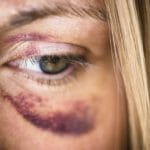