An algorithm can compensate for low signal strength during optical coherence tomography (OCT), according to findings published in the British Journal of Ophthalmology. This advancement can potentially improve the diagnosis and monitoring of glaucoma when scans with acceptable signal strength cannot be captured.

OCT has been extensively used for the detection and assessment of glaucomatous damage to the optic nerve and other posterior segment structures. The quality of OCT scans is dependent on the machine, its operator, and the patient. Variations in signal strength have been associated with significantly varying measurements from scans taken in the same eye, which affects the scans’ diagnostic accuracy.

With this variety of factors, some scans end up with artifacts, of low quality or are otherwise damaged. In fact, research shows that up to a third of low-quality OCT scans are discarded during clinical assessment and analysis, according to the study.

Researchers included 5085 participants (9582 eyes, age40 years and older)from the Singapore Epidemiology of Eye Diseases (SEED) population-based study to examine the effect of signal strength and ways to mitigate its effect. All patients underwent a standardized ocular examination and OCT imaging. The effect of signal strength was evaluated using several structural breaks in linear mixed-effect models. An expected change in signal strength between increments of 4 and 10 was calculated. Then, the team developed and evaluated an algorithm to adjust OCT parameters to produce a higher signal strength.

The team behind the research believes their algorithm offers clinicians an alternative to the lost time and energy associated with discarding and repeating scans. They add that it could have “additional utility in disease monitoring and progression assessment as the algorithm may be utilized to compare scans where subjective variability or media opacity like cataract may decrease the signal strength in a future scan with a baseline scan at higher signal strength.”

This study’s limitations include that it had only a limited number of scans in the lower signal strength range. Second, the team didn’t include scans with artifacts in this study.

Third, the researchers haven’t evaluated their algorithm in a longitudinal setting. Fourth, the team could not account for the potential impact software updates will have on scan-quality parameters. Fifth, OCT values may show significant individual

variations. Lastly, because the study’s testing sets were recorded on the same machine, machine- or manufacturer-related impacts on signal strength cannot be evaluated from this study. 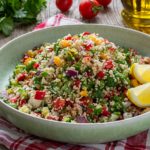