Low vitamin D levels may contribute to the development and progression of keratoconus (KCN), research shows. Vitamin D, which exists in humans as 25 hydroxy-vitamin D, plays a key role in ocular surface protection. A new study published in the Journal of Corneal and External Disease shows that individuals with both progressive and nonprogressive KCN have significantly lower serum 25-hydroxy vitamin D levels than those without KCN.

Researchers followed 55 patients with KCN for 12 months with an age and sex-matched control group of another 30 individuals. Of the participants, 28 had been diagnosed with progressive KCN and 27 with nonprogressive KCN. Serum vitamin D, B12, folic acid (FA), and calcium (Ca) levels were measured and compared among the participants and the control group with gender and age also taken into account. Participants were followed for at least 12 months.

The researchers said prior studies show vitamin D deﬁciencies may cause corneal structural changes, such as stromal corneal haze and topographically deﬁned teardrop pattern of relative inferior steepening mimicking the inferonasal steepening of KCN. In particular, they point to a 2014 study that revealed that a 1 ng/mL–1 increase in serum 25-OH vitamin D level causes 0.03 D hyperopic change.2 That research also detected a signiﬁcant correlation between corneal topographic parameters and serum vitamin D levels. “Serum vitamin D evaluation can be suggested to patients with KCN at the onset and follow-up examinations,” the investigators said. “The assessment of topographic alterations after vitamin D supplementation of deﬁcient patients with KCN may provide valuable data to better understand the role of vitamin D in KCN etiopathogenesis and progression.”

The study did have several limitations including the lack of a baseline reading of serum vitamin levels at the initial examination. Likewise, the study worked with a limited sample size and further studies with a larger group may be necessary to rule out a relationship between vitamin B12, FA levels and keratoconus progression. 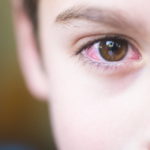