Superficial keratectomy can treat most cases of partial limbal stem cell deficiency (LSCD) of various etiologies, according to research results published in the American Journal of Ophthalmology. The laser procedure is effective with or without amniotic membrane transplantation, the study shows. However, recurrence of the abnormal epithelium can occur in the remaining third.

As LSCD can progress to corneal blindness, researchers have proposed several surgical treatment options in combination with corneal transplantation. In combination with amniotic membrane transplantation, superficial keratectomy of abnormal epithelium on the cornea had been an effective surgical procedure with researchers reporting favorable outcomes in the postoperative restoration of corneal transparency and visual acuity; however, these successful reports are for short- and medium-term outcomes and long-term success rates have only been reported in approximately 54% of cases. Although investigations have been underway, similarities in etiologies of surgical prognoses are still unclear.

A team of investigators conducted a single-center retrospective study to determine the prognosis of consecutive patients who had superficial keratectomy with or without amniotic membrane transplantation for partial LSCD from 2010 to 2019. The researchers analyzed the etiologies of partial LSCD, the surgical success rate, the prognosis for recurrent cases, and improvement rates in visual acuity. The primary outcome of the study was the attainment and maintenance of corneal epithelialization in the pupillary area.

A total of 40 patients (51 eyes) were enrolled in the investigation. The mean degree of limbal involvement was 152°±72° and all eyes were in clinical stage II in terms of the extent of partial LSCD. Of the cohort, 27% of eyes had neovascularization with mild to moderate corneal opacity present in 96% of eyes.

Of the etiologies of partial LSCD, 39% were idiopathic, 19% had multiple surgeries involving the limbus, 12% had drug-induced partial LSCD due to S-1 (tegafur, gimeracil, oteracil potassium), 10% had chronic lid disease, 6% had contact lens wear, 4% had chemical injury to the eye, 4% had atopic keratoconjunctivitis, 4% had post pterygium surgery, and 2% had postresection of limbal squamous cell carcinoma. In addition, stages IIA and IIB of LSCD were noted in 71% and 29% of eyes, respectively.

Superficial keratectomy with amniotic membrane transplantation of abnormal epithelium on the cornea was performed on 24 eyes and bandage contact lens was placed on 27 eyes without amniotic membrane transplantation at the end of surgery. Recurrence of abnormal epithelial invasion onto the pupillary area was noted in 19 eyes during the postoperative follow-up. The mean recurrence time was 12.6 months. The overall success rate for the first surgery was 63%. Success rates for iatrogenic causes, idiopathic causes, intrinsic causes, and injury cases were 77%, 60%, 43%, and 0%, respectively. There were no significant differences observed in the recurrence rates between difference etiologies (P =.082) or clinical staging (P =.13).

Sixteen recurrent cases underwent reoperation and 11 of these cases progressed without re-recurrence. The final success rate was 84%.

Limitations of the study included the retrospective design, the unclear differences in recurrence rates regarding etiology of partial LSCD, and the lack of sureness on the steps to manage recurrent cases.

“We performed repeat keratectomy in several cases. However, these cases might possibly require different treatments, such as limbal transplantation or the use of intraoperative [mitomycin C],” according to the report. “Further prospective comparative studies are needed to assess the aforementioned issues.” 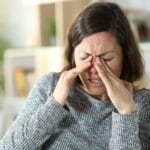