Treatment with topical cyclosporine 0.1% after therapeutic penetrating keratoplasty (TPK) seems to increase graft survival and postoperative vision with reduced risk of recurrence of primary infection, according to a study published in Cornea.

In earlier research, investigators observed a high graft failure rate after TPK in eyes with fungal keratitis. Postoperative inflammation was one of the major reasons for graft failure in other eyes in the study. Investigators in the current study hypothesized that controlling the immediate postoperative inflammation with an agent that did not simultaneously promote fungal recurrence would increase the chance of graft survival.

Researchers launched a prospective case series to test the efficacy and safety of topical cyclosporine 0.1% in preventing early graft failure. The study included patients with fungal keratitis undergoing TPK between May and December 2019 treated with cyclosporine A 0.1% eye drops (tCSA group). They compared the outcomes with a historical cohort of patients treated conventionally with topical prednisolone acetate 1% eye drops started 3 weeks after surgery (CT group).

There were several limitations to this study, including the use of a historical cohort as a control group, a difference in the duration of preservation of the donor corneas, that the treatment group was smaller than the historical control group, and the early use of topical prednisolone. 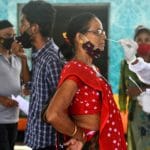