Many patients with culture-positive Acanthamoeba keratitis (AK) receive delayed diagnoses due to misdiagnosis, nonspecific clinical signs, and other factors, according to findings published in Acta Ophthalmologica.

Researchers associated with The Wilmer Eye Institute at Johns Hopkins University conducted a retrospective study that sought to determine the prevalence of and reasons for delays in diagnosis of AK, analyzing patients with the condition who were seen between 2012 and 2019 at a tertiary referral center. After examining patients’ risk factors, symptom duration, referral patterns, and other factors, they found that the majority (69%) of patients were diagnosed with AK after 28 days of symptom onset.

The study consisted of 45 eyes of 43 patients. The average amount of time patients experienced symptoms prior to culture collection was 52.6 days. The researchers found that 69% of patients were evaluated by an ophthalmologist from another institution, and 27% were evaluated by a different type of provider.

The most common type of misdiagnosis patients in this study experienced was that of herpetic keratitis (38%), as only 11% had presented with the common symptom of a ring infiltrate. The study found that contact lens use was the strongest risk factor for AK, which is in agreement with prior studies.

The researchers explain that, although 82% of the patients in the study presented with pain on any level, 32% presented only with mild or moderate pain and about 20% reported no pain, which signals that the threshold of pain to culture for AK should not be exclusively high.

Additionally, 11% of patients required a therapeutic penetrating keratoplasty (PKP), which further signals that they should have been properly diagnosed more quickly.

“Even though complications of AK are well-known, patients in our cohort were symptomatic for weeks before cultures were collected and diagnosis was confirmed, which likely led to the high rate of [PKPs],” the study explains. “Patients who are diagnosed earlier have a better visual prognosis as there is less time for deeper penetration of Acanthamoeba trophozoites and a decreased need for PKP.”

Study limitations include its retrospective design and selection of data from a single tertiary care center. 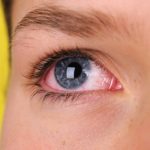