Patients with cyanotic congenital heart disease (CHD) are more likely to have lower axial velocity and wall shear rate compared with healthy controls, likely due to hypoxia, according to research results published in Microvascular Research.

The study included 11 patients with cyanotic CHD and 14 healthy controls (mean age, 35±12 years and 40±9 years; 36% women in each group). The primary defect in the cyanotic CHD group was right heart obstruction with reduced pulmonary blood flow. This group was also “markedly hypoxic,” with mean SpO2 of 84±10% and no significant differences in resting heart rate or systolic blood pressure. Mean diastolic blood pressure was lower compared with patients in the control group (68±13 mm Hg vs 79±14 mm Hg).

Vessels were classified into 4 groups based on diameter. Using these groups, researchers compared conjunctival measurements across each patient group using the average of all vessel segments (n=736; 292 cyanotic CHD with 27 per patient vs 444 controls with 32 per control). In total, 44% of these vessels fell within the group 4 diameter range (>22 µm); these were the most frequently observed vessels. Axial velocity did not differ significantly between the study groups for vessel groups 1 through 3, but for group 4 vessels, axial velocity was lower in the cyanotic CHD group (0.50±0.16 mm/s vs 0.58±0.15 mm/s).

Study limitations include the lack of differentiation of vessels into venules or arterioles, but vessel differentiation was not possible within the parameters of this study. The small study size was also noted.

“Conjunctival microvascular and endothelial function assessment…found reduced [axial flow] and [wall shear rate] compared with healthy controls,” the research concludes. “These changes are suggestive of a microvascular response to chronic hypoxia and secondary erythrocytosis. Such assessments may have a role in the evaluation of patients with [cyanotic CHD] and other causes of hypoxia and erythrocytosis.” 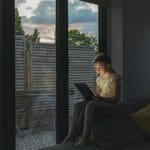