The endothelial cell density (ECD) in children with posterior polymorphous corneal dystrophy (PPCD) is significantly reduced depending on clinical subtype and amount of present posterior corneal lesions — but annual ECD loss was found to be similar in both normal eyes and those with PPCD, according to a study published in Eye.

The prospective case-control study looked at the longitudinal endothelial cell characteristics of 30 eyes of 15 children (mean age 10.5 years ± 3.1 years), who had PPCD. They were followed using slit-lamp photography and non-contact specular microscopy at a mean follow-up of 3.0 years ± 1.0 years. The 30 eyes included were subdivided by clinical subtypes of PPCD (vesicular, band, diffuse, and unaffected) and number of lesions present on the posterior corneal surface. Findings were compared with age-matched controls.

“The lowest ECDs were found in eyes with diffuse-type PPCD and those with ≥5 posterior corneal lesions, while clinically unaffected eyes in patients with confirmed PPCD in fellow eye had a normal ECD,” the report says. “However, the rates of annual ECD decline were not significantly different between eyes with PPCD in general, between the subgroups of PPCD and the normative groups.”

Even though this is the largest report to date, the study’s small sample size is a limitation. Another limitation: Specular microscopy images only a small area of the cornea, which might not account for variations in ECD depending on whether the sample location had a presence/absence of posterior corneal lesions. “Therefore, eyes with diffuse PPCD would be more likely to have generalized reduction of ECD, and the differences against other subtypes may in fact be even more significant,” according to researchers. Finally, genotyping was unavailable to patients included because of funding and availability, an additional limitation. 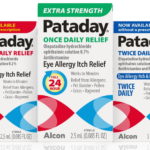