Patients with progressive keratoconus who did not respond to accelerated crosslinking (A-CXL) treatment were younger and tended to have more aggressive cases, higher maximum corneal curvature, and the more pronounced optical aberrations, according to research results published in Journal Français d’Ophtalmologie.

These patients should be informed of their high risk of nonresponse and the potential for additional treatment, the researchers advise.

The investigators compared clinical and corneal topographic parameters both before and after an accelerated-crosslinking procedure in patients with keratoconus spanning a 2-year period.

The total cohort included 82 eyes from 60 patients (33% women). Overall, 76% of the A-CXL procedures were performed with isotonic riboflavin.

Investigators found that baseline mean corneal topographic cylinder was -2.99±1.82 D, which stayed stable over the 2-year follow-up period. In 12.5% of eyes, Kmax increase was above 1.0 D at 2 years post-procedure, while 5.3% of eyes had an increase in BSCVA of more than 0.1 logMAR.

Eyes that did not respond to A-CXL treatment were typically younger (mean age, 20±5 vs 25±7 years in responders). These patients also have a higher risk for keratoconus progression. Additionally, researchers found that nonresponder eyes had more higher-order optical aberrations.

“In our study, eyes with progressive keratoconus which did not respond to A-CXL were the most severe cases and belonged to the youngest patients,” the research concludes. 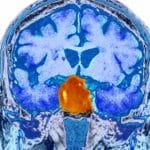