Implanting a presbyopia-correcting intraocular lens (IOL) with extended depth of focus (EDOF) after cataract surgery gave patients “functional levels of distance, intermediate, and near visual acuity,” potentially enhanced for near vision using a micro-monovision approach, according to a study in Clinical Ophthalmology.

The study did have limitations, including a small sample size (though the study was designed as a pilot study, researchers point out), but a larger sample is currently being recruited for further research; the IOL’s optical quality could not be examined because only visual acuity and refractive data were collected; and finally, the study was comparative so “the superiority of the performance of this EDOF IOL over a conventional monofocal IOL cannot be confirmed,” according to investigators.

“More research is still needed to evaluate the impact of this EDOF IOL on visual quality and its advantage over other presbyopia-correcting options that are currently available,” they conclude. “Furthermore, the results of this pilot study should be confirmed in future comparative clinical trials.” 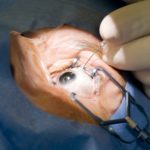 Steroid Response After Cataract Surgery Higher for Patients With Glaucoma