Hormone replacement therapy (HRT) is associated with increased risk of diagnosis of meibomian gland dysfunction (MGD), except for in the case of pregnancy, researchers found in a report presented at the American Society of Ophthalmic Plastic and Reconstructive Surgery 52nd Annual Fall Scientific Symposium in New Orleans, November 11-12.

Prior studies have suggested these hyperestrogenic states are linked with dry eye syndrome (DES) but not chalazia or MGD. Here, researchers reviewed whether periods of higher estrogen levels incur risk of  any of these conditions.

Researchers analyzed medical records of 495,051 patients who had visited a particular tertiary care center in the US in 2019 or 2020. Individuals diagnosed with Sicca syndrome were excluded from the study.

“[This is the] first reported positive association of HRT with MGD,” the investigators said.

Previous studies have indicated pregnancy is linked with DES signs and symptoms, the researchers reported. They said that their finding evidence suggesting the opposite is true could be caused by behavioral factors outside of the analysis, such as pregnant patients delaying ophthalmology appointments. They said the lack of association between IVF and any of the 3 ocular diagnoses might be a direct effect of medications or rapid increase in estrogen levels. 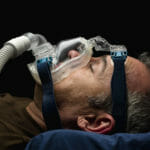